NEWS AND UPDATES OF THE MUSEUM 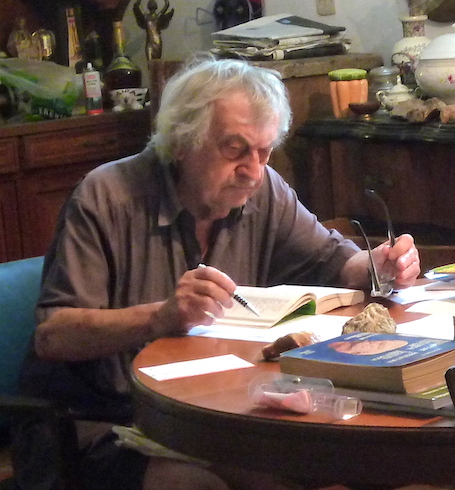 Pietro Gaietto (Genoa, September 21, 1937 - Genoa, February 13, 2019) was an Italian paleoanthropologist, prehistoric archaeologist, artist and essayist. He left fundamental works on the stone art of the Paleolithic, some of which are included in the series he founded and directed "Shapes in Evolution" at Lulu.com, as well as other essays, always in an evolutionary key. In 2017 his last work of Prehistory is published: "HOMORIGINE", in which 200 years of research on prehistoric man are reviewed, retracing with a large set of illustrations a journey of 2,000,000 years, from Homo habilis to modern man. The comparison between skeletal finds of skulls and lithic sculptures of the Paleolithic constitutes an original key of reading of how the events of the different human civilizations succeeded, and time by time side by side and intertwined. The work represents an important help to integrate some missing links, in terms of skeletal finds, between a human species and the other. From the Paleolithic anthropomorphic sculpture he has also deduced considerations about physical evolution of man and on behavioral aspects similar to those of today man, making possible the formulation of significant reflections about human intelligence.


UPDATES TO THE MUSEUM ON:

DEFINITION OF THE STUDIES OF THE LOWER AND MIDDLE PALEOLITHIC ART by Pietro Gaietto (2009, January).
PHYLOGENESIS OF BEAUTY di P.Gaietto (2009, July). See Index of the book.

FOR FURTHER DETAILS, WE REMIND A FIRST FUNDAMENTAL REFERENCE TEXT BY P. GAIETTO: 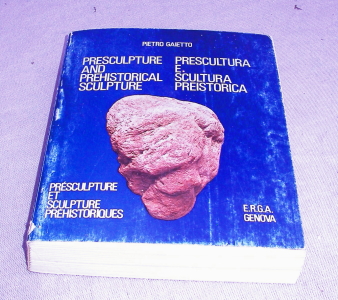 PRE-SCULPTURE AND PREHISTORIC SCULPTURE. The book, with 164 images (photographs and drawings) is in Italian, but all the captions are translated into English. Some copies are still available from Licia Filingeri, editor of the works of Pietro Gaietto.

On the same subject, after years of research and deepening:

The work has grouped together the most expressive Paleolithic anthropomorphic sculpture found in archaeological sites of Europe, Asia, Africa and America, as well as the new acquisitions of the Gaietto collection.
The book and its evolutionist scientific approach has a didactic character for interpreting of the human species depicted. Every aspect of each sculpture is subdivided into its components.
It constitutes also a textbook for prehistoric archaeologists who want to research Paleolithic sculpture found in surface soils.